Abstract
The research projects main aim was to collect information on the most prominent libraries with an early date of opening. These all needed to be located in Britain as this a compulsory requirement of the research brief. This was to evaluate and examine differences in libraries services, collection policies and information resources throughout differing time periods.  Conclusions were made on historic developments within the library industry and the features of operation of early public libraries in Britain. The project was aimed at acquiring information in accordance to the outline of the research brief. The research brief also reflected the type’s research methods and scope of resources that would be consulted in relation to the research contemplative. 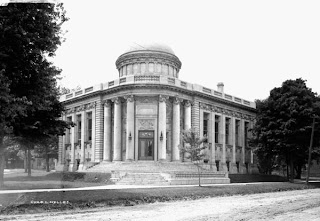 **courtesy of Wikimedia
Introduction
Public libraries in Britain had been in operation from the 17th century where procedures have altered significantly for the overall improvement of the information services. Libraries offered information resources as anticipated by the vast community expectations of libraries services.  The libraries in the early time periods had collected valuable and expensive manuscripts but lacked funding and openness to allow residents to take advantage of these educational resources. This report provides an overview of the prolonged development which finally allowed equality in terms of access to a library service with incurring further costs. This is covered further in depth with the discussion of the public library act 1850.
This research report is an interesting insight into the coping mechanisms and logic behind libraries operation. Much speculation has halted the availability to a repository early operation of libraries within the locality of the United Kingdom. Many early libraries had been established in accordance to the viewpoint that education was necessary and should be made available to all. However associated taxes and lack of legislation permitted a fraction of the populace to access information resources. The report highlights the necessity of a library service within the community as the provision of knowledge has been required since early civilisations. Public Libraries allow for lingering problems to be conquered along with poor information literacy and unacceptable crime rates. The availability of the public library allows history and culture to be appreciated and evaluated at greater depth "The Library is a temple of learning, and learning has liberated more people than all the wars of history.” .  This is supported by arguments that illustrate the role of a public library is more prominent and fundamental than meeting an individual’s leisure interests but ensuring an educated and literate population which is an essential tool to be further cultivated for future generations “It is, however, not to the museum, or the lecture-room, or the drawing-school, but to the library, that we must go for the completion of our humanity. It is books that bear from age to age the intellectual wealth of the world.”. 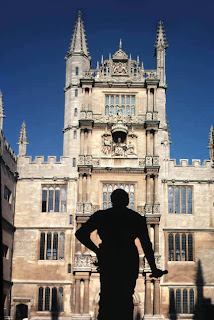 **courtesy of HotelGuru
Methods and Materials
The methods with the acquisition of key information for the research project Early British Libraries incorporated research strategies and tools. For example a research strategy was to use the advanced search option to enable for specific information to be used in an advantageous manner to quicken accession of information. Another search strategy was evaluating and assessing information in reference to the research brief as deviation from the outlined guidelines would hinder the goals of the research task.
Methods were highlighted with the addition of a personal comment as continuous improvement was cultivated throughout the progression of the 6 week project.  The research brief was inclusive of using at least three differing information resources, thus increasing the probability of making available thought provoking material to enhance the interest of the readers as a range of sources had been utilized. Another consideration when compiling research was to avoid unnecessary repetition as this is easily an element that can be deleted as it is counterproductive. This strategy was highlighted with different material introduced in every subsequent blog meeting this requirement of the research brief.  I had provided links to adjoining websites and YouTube videos to accommodate a technology savvy audience.  Harvard referencing was used for every individual blog as a professional method of avoiding plagiarism charges due to inadequate referencing technique.


I will further expand on the research techniques cultivated throughout the project. This includes using the advance search options on Googles you can restrict search results by searching within one website, searching by subject and changing language preferences (if neccesary)
The areas to be covered as outlined in the research brief were fully incorporated throughout the nine blog postings. I had described and analysed famous historical libraries in England and covered adjoining subjects such as library architecture, social aspects and the significance of these older libraries today.  My technique included accessing the internet and using credible research sources with the addition of visual to make the blog appear more user friendly.
Results
The research cultivated in the project had been divided into distinct sub topics through blogs. These distinct themes comprised of the following: The British Library, The architecture of the British Library, The Bodleian library, Chetham’s library, King’s library, Francis Trigge Chained library, changes in libraries between time periods, the public library act 1850 and the significance of the public library today. The details of the research compilation will be discussed below.
As listing every individual detail of the research findings here is far too extensive. I am summarising the detailed findings to allow the findings to be expressed in an informative and straightforward consuetude. 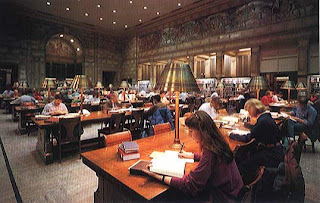 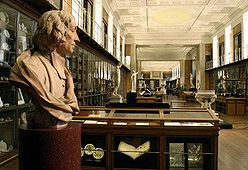 
1. Refers to the library as a temple of learning. (Rowan 2000)
2. An inspirational quote which refers libraries as important on a world wide scale. (Meredith 2010)
Posted by Justyna at 3:26 PM